The IAS Championship Scramble was intended to be a monthly speedrunning contest between whoever decides to participate for that given month. The idea was that by doing speedruns competitors could earn points with the competitors who get the most and second most points by the end of the monthly competition would face the IAS and WCS championship for their titles respectively.

The main difference between the IAS series and the championship scramble was that speedruns weren't compulsory and can be done between any two competitors as many times as they like for the month of competition. If competitors who are traditionally lazy decided not to compete they didn't need to. Anyone could regardless of whether or not they've previously appeared in an IAS tournament.

In an effort to stop people from doing mass speedruns against the same people thus rigging the system players could only verse the same players once per month. Additionally in a 7-day period they were only allowed to do a maximum of 5 speedruns and only one speedrun per game.

Much like the IAS series, the points given for each match were:

If players decided to challenge a current WCS or IAS champion they would receive instead:

If any player had less than 0 points during the month of competition they would be eliminated from competition until the end of the month.

If three competitors decide to do a speedrun then whomever wins the run will receive the 5 points, 2nd gets 3 points and the loser will get the 2 points.

The draw times are based on the match length rather than round times.

PSA: As WCS3 is currently going on, this won't become a rule until after its conclusion.

Challenging for a Championship 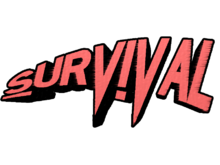 The two team would compete following December 25 in a team match where there would be 5 goals. The last player to complete the first goal will be eliminated and then the last player to reach the second goal will be eliminated. Once all players from one team were eliminated the other team wins. If the challenging team wins, all 3 members would challenge for the championship in a 4-way match. If the Champion's team wins he wouldn't need to defend his title for the month.

Unfortunately, after the round had finished, there was so little interest in Survival that the team match never happened.

HeyDavid17, who had the highest points, dropped out, and so the person with the most points was Nintendogen64, the host. But as no match against TheStickKid, the current champion, was ever done, there was not ever a clear winner of survival.

Even though TheStickKid chose his teammates for the match, the survival match was never done.

Retrieved from "https://wiki.ripto.gq/w/index.php?title=IAS_Championship_Scramble&oldid=20402"
Category:
Hidden category:
Cookies help us deliver our services. By using our services, you agree to our use of cookies.