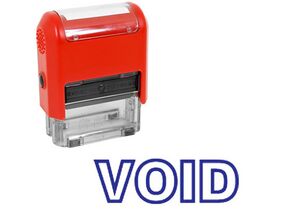 Void is the terminology that is used to categorize a video that is uploaded upon the YouTube of a tournament where only one of the recorded videos are shown within the video. Another case is if both sides from each competitor are present and the match in question is declared as a draw, this can also lead to the original video being void.

These videos will not allow the person who was not submitted their video to receive any points. If the winner does not submit their video, it will not be treated as a win for the loser.

If the video itself was received and has ended up being corrupted and unable to be recovered, that person might still be able to still receive points, either by evidence of others who witnessed it while the match was in play, or if someone was watching the match in real life and physically saw it being played out; giving backup that the person did or did not win the speedrun.

Retrieved from "https://wiki.ripto.gq/w/index.php?title=Void&oldid=11857"
Category:
Cookies help us deliver our services. By using our services, you agree to our use of cookies.